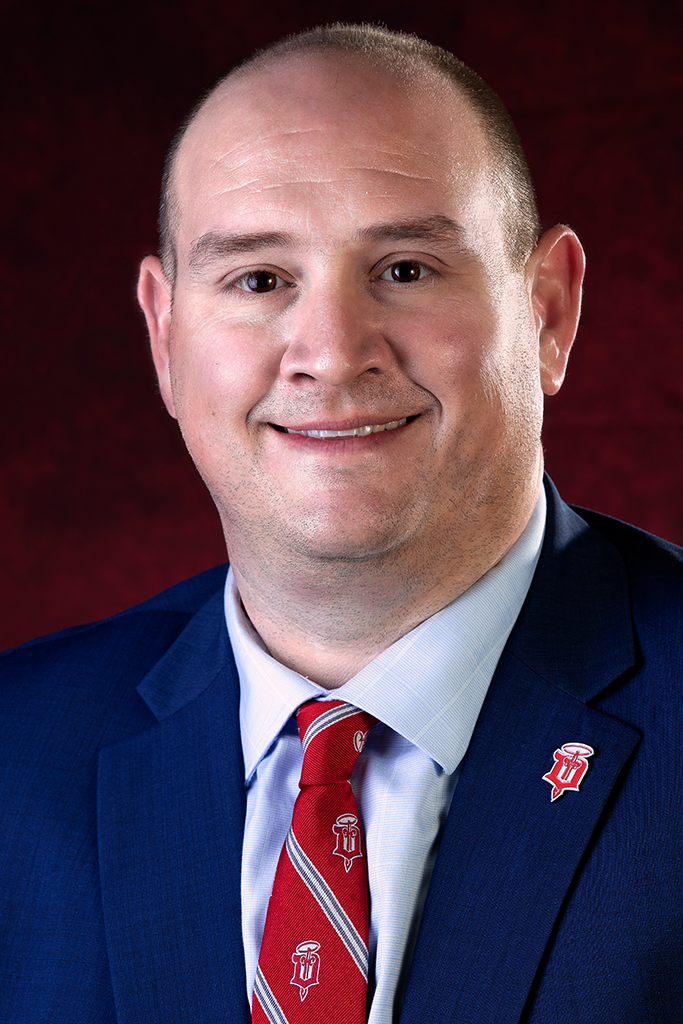 Robert Miller joined the Dubuque Fighting Saints as president of business operations on April 26, 2021. The 15-year veteran in sports sales and service was tasked with overseeing the organization's growth and continued success as a trailblazer and top-flight organization in the USHL.

Miller joins the Fighting Saints from the Dallas Wings of the WNBA and the Panther City Lacrosse Club of the NLL. As senior VP of sales and service, his sales department finished first in new sales and second overall in new revenue in 2018 and 2019. The Wings were the only organization in the league to have over 1,100 new season tickets in a single season other than a brand-new franchise. His sales staff averaged nearly 85% renewal over the past three seasons, and earned Partnership Franchise of the Year in 2019 by renewing all of their corporate accounts.

Miller created an outbound sales and service staff at Texas Motor Speedway, and it paid dividends immediately. He and his team were able to increase the season ticket base, average an 83% renewal rate, and strengthen corporate sales through the creation of the Victory Lane Club.

His rise to prominence started with the New Orleans Hornets, where his career started as the top-performing season ticket sales representative to the group sales manager.

Miller is a 2003 graduate of the University of Southern Mississippi, where he graduated with a degree in business management.

He and his wife, Joanna, and sons Michael and Cole, live in Asbury. 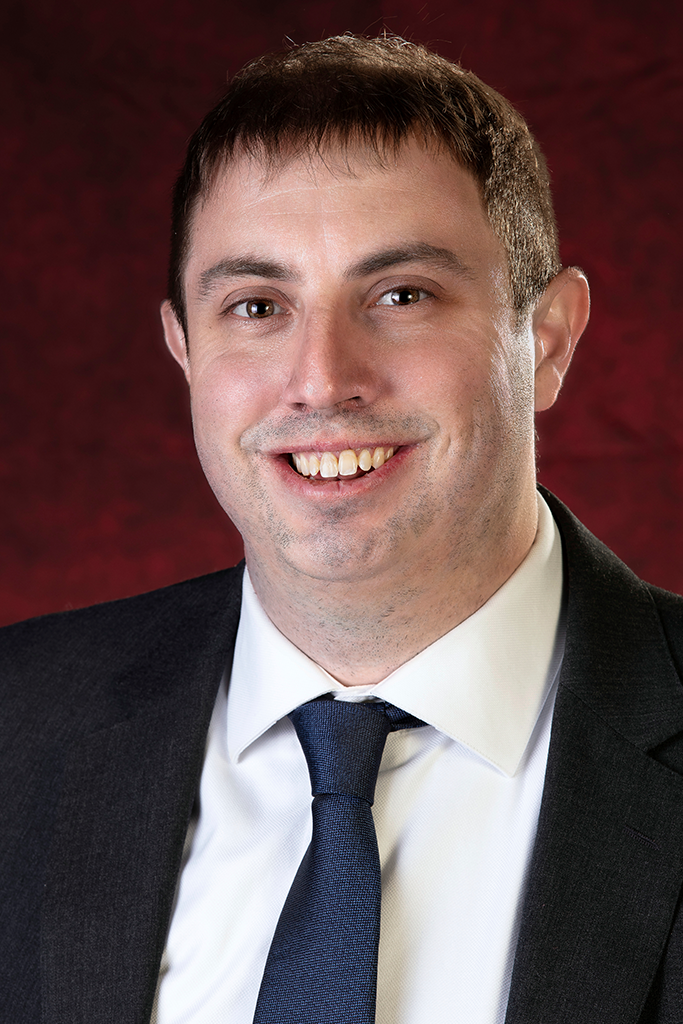 Casey Weitz joined the Dubuque Fighting Saints full-time in 2013 after serving as an intern and part-time staff member. Weitz's duties include the activation of new business promotions and sales. He also handles the team's game day presentation and merchandise sales.

Before interning with the Fighting Saints, Weitz was an intern for the Cedar Rapids RoughRiders. Weitz graduated in the Spring of 2013 from Loras College and with a degree in Sport Management.

Weitz is a Dubuque native, and he currently resides with his wife, Randi, and their son, Trenten. 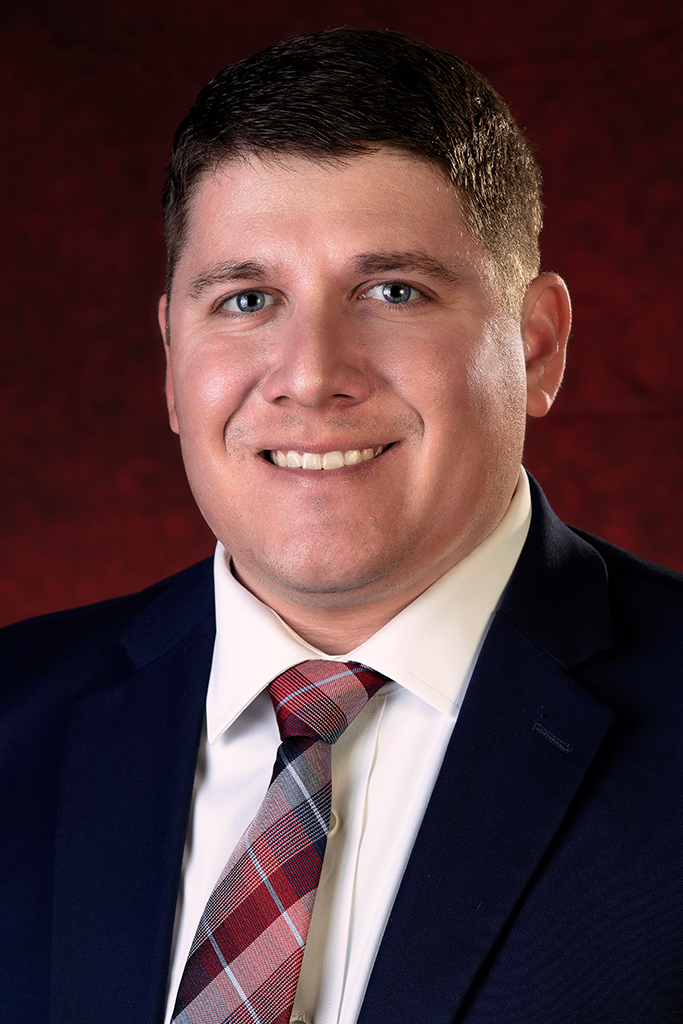 RJ Guse joined the Dubuque Fighting Saints as Senior Director of Ticket Sales on August 2, 2021. He brings seven years of experience in sports sales and service to help the Fighting Saints organization grow and prosper.

Guse joins the Fighting Saints from the Dallas Wings of the WNBA and the Panther City Lacrosse Club of the NLL. Over the past four years with the Wings and Panthers, he worked his way up from Sr. Account Executive to Director of Ticket Sales and Service. Guse was the number one seller in the WNBA his rookie year in 2017 for overall revenue and season tickets sold. He continued to make an impact and was again the number one seller for the 2018 season. Guse currently holds the record for the most season tickets sold in a single season in the history of the WNBA. Going into the inaugural season with the Panther City Lacrosse Club, he was the number one seller in the National Lacrosse League before his departure.

The Texas native also comes with experience in ticket sales with NASCAR. During the two years he worked for Texas Motor Speedway as an account executive, he was able to bring in over one million dollars in revenue. Guse also has twelve years of  game day promotions and on ice activation experience with the NHL's Dallas Stars and four years of customer service and ticket operations experience with the MLB's Texas Rangers.

Guse graduated from Northwood University in Cedar Hill, Texas, with a BA in Entertainment and Sports Management.

Away from the game of hockey, Guse enjoys working out, hitting the trails on his mountain bike, fishing and watching movies. 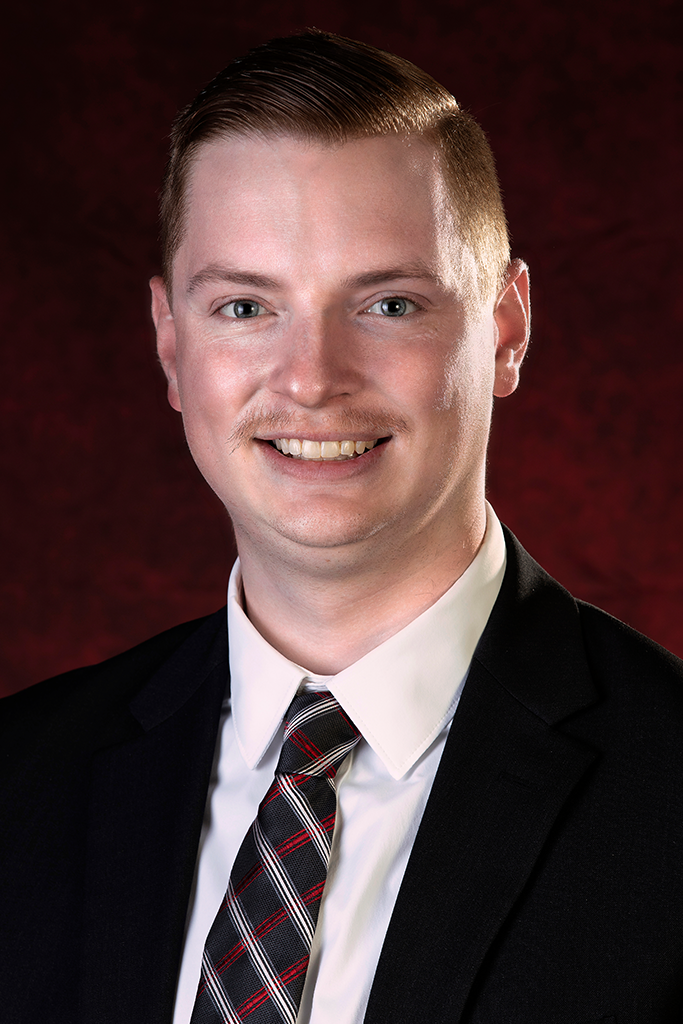 Josh Moser joined the Dubuque Fighting Saints as Senior Marketing Manager on August 16, 2021. He will be responsible for developing the team's marketing strategies with an emphasis on social and digital media, as well as promotional events. Moser brings previous experience in sports to this role having interned in baseball for the Altoona Curve of the Eastern League in 2019, and the La Crosse Loggers of the summer collegiate Northwoods League in 2018. Prior to joining the Fighting Saints, Moser spent time as a Marketing Specialist at a financial institution.

Moser is a Wisconsin native who graduated from Viterbo University in La Crosse, WI with a degree in Marketing. Hockey has always been an integral part of Moser's life. He began skating at the age of four, and transitioned to the goal crease at age eight. After high school, Moser found other ways to stay connected to hockey. While in college, Josh spent parts of three seasons calling color commentary for the NAHL's Coulee Region Chill.

Outside of the rink, Moser enjoys playing the sport of floorball, rollerblading, and golf. 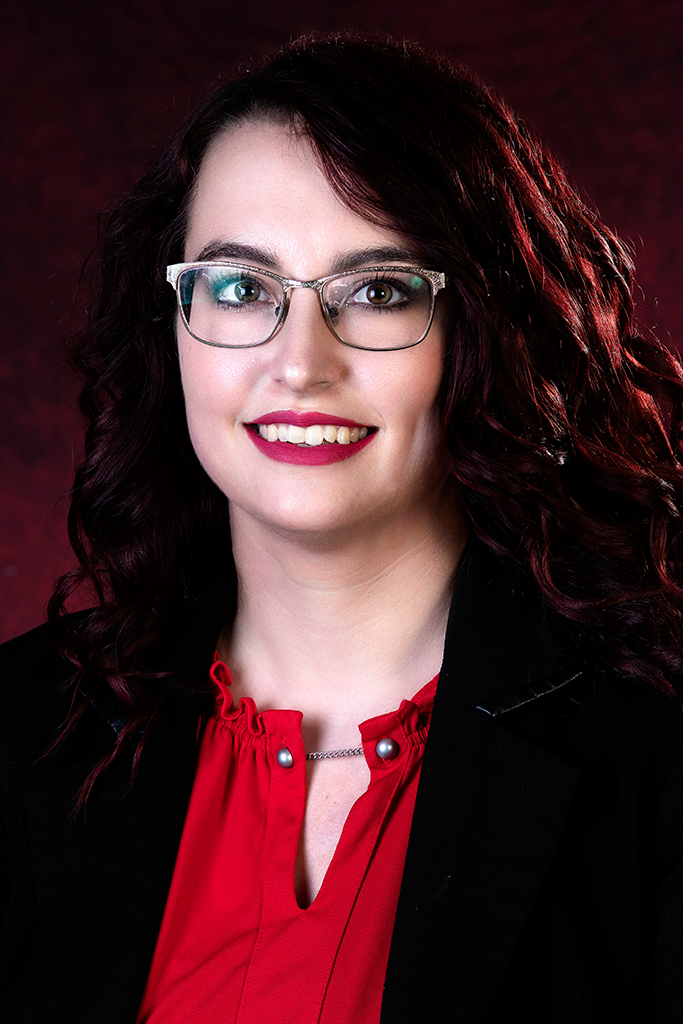 Shayla Laughlin joined the Fighting Saints prior to the 2015–2016 season as an intern, and has worked her way through many different facets of the office, including intern, game night staff, part-time and full-time staff member. In her current role as Merchandise Manager, she oversees the ins and outs of of merchandise on game nights and during the week.

Before joining the Fighting Saints, Shayla was a student at Clarke University here in Dubuque, graduating with a degree in Sport Management in December 2015.

Shayla is a native to the Dubuque area and currently resides in Dubuque with her boyfriend, roommates, and their collected dogs. 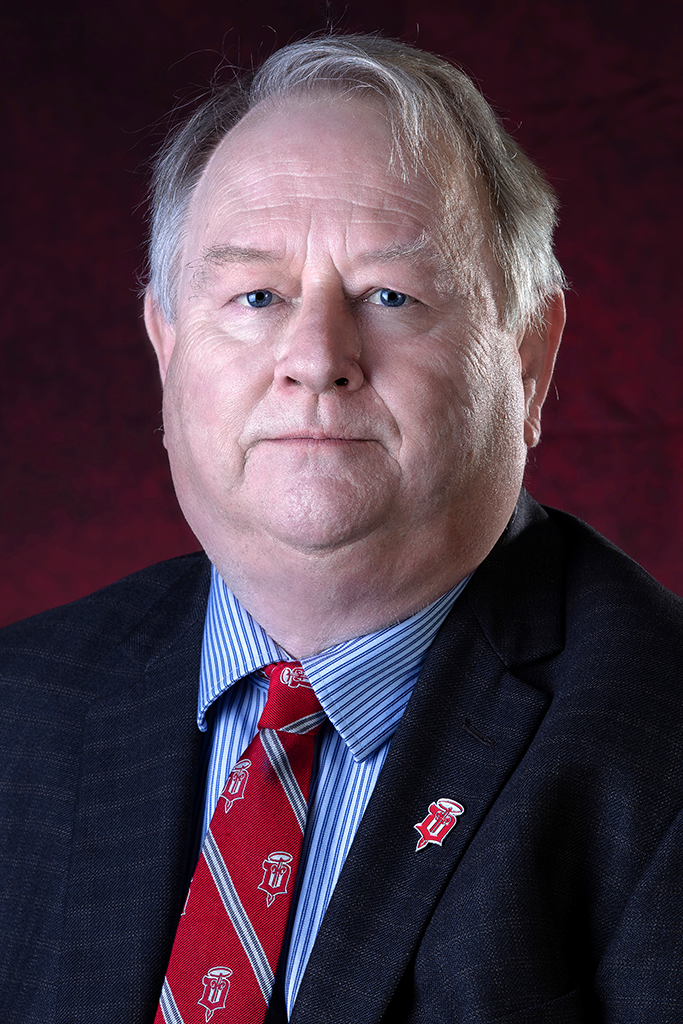 Snook's primary responsibility is serving as the team's liaison to the civic, social and business-related organizations throughout Dubuque County. Snook spends a considerable amount of his time each week meeting with local Chambers, civic organizations and informing people of the Fighting Saints organization, the United States Hockey League and the Mystique Community Ice Center.

​Snook and his wife Kim have lived in Dubuque since 1980. Bill and Kim's son, Tony, is currently a Staff Sergeant in the United States Army, and their daughter Angela is married and lives in Omaha, Nebraska. 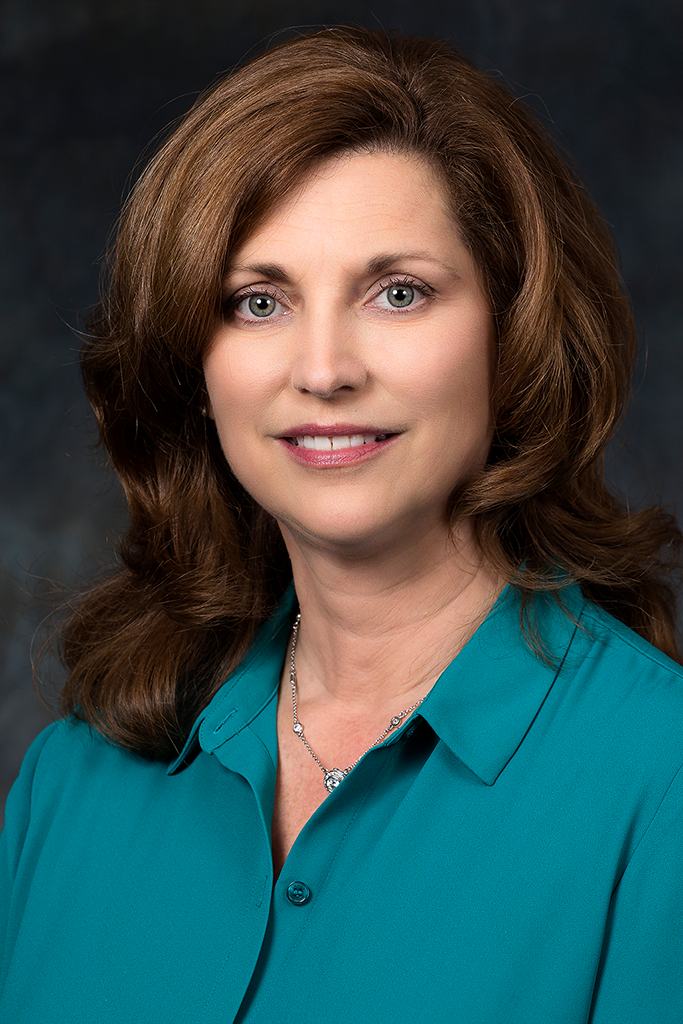 Julie Conklin enters her eighth season serving as the Business Manager for the Dubuque Fighting Saints. Conklin is responsible for all of the financial reporting and human resource administration in the office.

Prior to working with the Fighting Saints, Conklin was employed by Westmark Development where she did the financial reporting for several land developments in Florida, North Carolina, and Montana. She also was the Business Manager at Substance Abuse Services Center for several years and received her Professional in Human Resources certification during that time. Conklin is a graduate of the University of Dubuque where she received her degree in Business Administration.

Conklin and her husband, who is a (sometimes retired) towboat captain for Ingram Barge Company, raised five children in Dubuque and also have two dogs, Danny and Daisy. 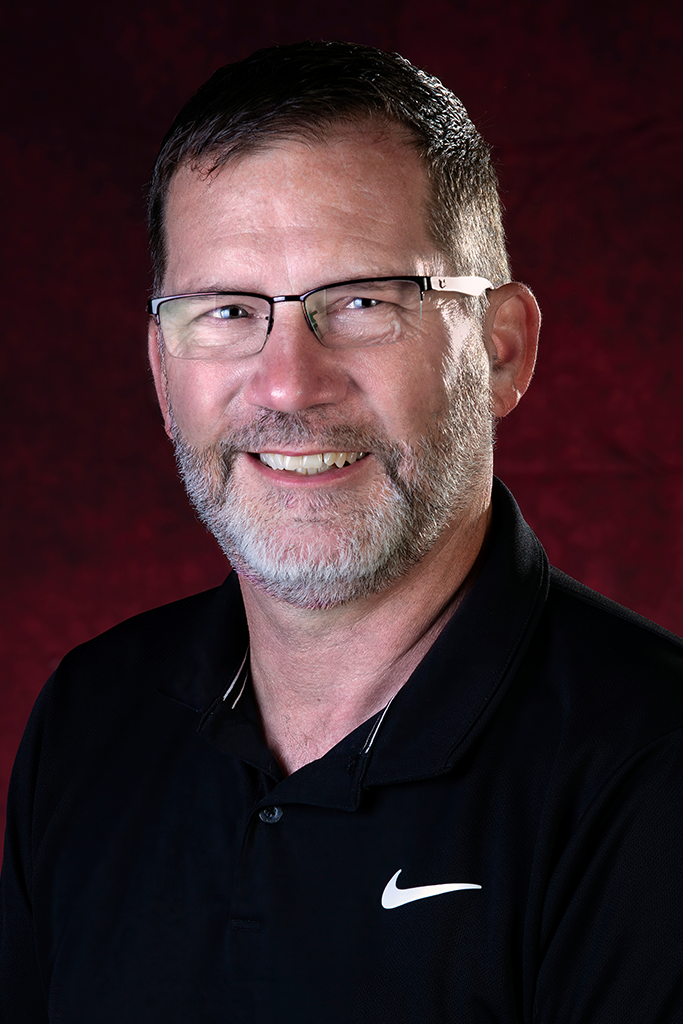